Sea, Sand, Sun…Beaches! Holidays You Can Pay For With Your Barter Card 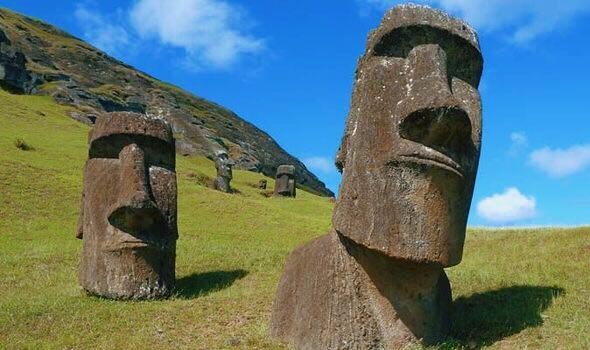 Here are five other countries you can get away to without a visa or much planning:

Cambodia is an explorer’s dream! The capital, Phnom Penh, is home to the art deco Central Market, glittering Royal Palace and the National Museum’s historical and archaeological exhibits.
In the northwest are the ruins of Angkor Wat, a massive stone temple complex built during the Khmer Empire, and in the south are the beaches and boisterous bars of the Sihanoukville Province. Ecotourism thrives in Koh Kong Province’s mangrove forests, the Cardamom Mountains, and in the remote northeast where dense jungle and villages line the Mekong.
Cambodian cuisine ranges from the steamed curry dish, amok, to fried tarantulas; while baguettes and coffee remain a French-colonial legacy.
If you go, don’t be a chicken…try the fried tarantulas.

Located at the crossroads of mid-Atlantic air and sea lanes on a volcanic archipelago, Cape Verde is known for its Creole Portuguese-African culture, numerous beaches, and traditional morna music; the port town of Mindelo is renowned for music clubs and other cultural attractions.
The forests and steep canyons of the mountainous island of Santo Antão are popular for hiking; and the white-sand beaches of the islands of Boa Vista and Sal offer turtle-watching and snorkeling.
And if you’re feeling a little adventurous, try kite or windsurfing on São Pedro Beach on the island of São Vicente.

Côte d’Ivoire’s beach resorts and French-colonial legacy offer a refreshing escape from the daily drudge. Or you can go hiking the trails at the Banco National Park rainforest preserve.
Abidjan’s Musée National displays indigenous art and artifacts, notably statues and ivory craftwork. East along the coast, Grand-Bassam is a small city that served as the French capital in the late 1800s. It has a historic colonial district, a traditional fishing village and a popular beach.
Farther east, the seaside resort, Assinie, offers sunbathing and surfing, plus access to Parc National Des Iles Ehotilés, an estuary that’s home to rare birds.

Fiji is an archipelago (yes, I have a thing for archipelagos) of more than 300 islands. It’s famed for rugged landscapes, palm-lined beaches and coral reefs with clear lagoons. Its major island, Viti Levu is a bustling town teeming with eateries, bars and boutique shops.
Try Denarau Island for luxury resorts and a golf course or rural Vanua Levu Island for waterfalls and villages with traditional kava welcoming ceremonies.
The Mamanuca Islands and their resorts are popular for water sports. Taveuni Island has waterfalls and wildlife.
Popular outdoor activities include mountain climbing and surfing, as well as scuba diving and zip-lining.

Did you know you could pay for your flights, hotels, and shop online with Barter? Select the Pay with Barter option where available or pay with your Barter Dollar card.